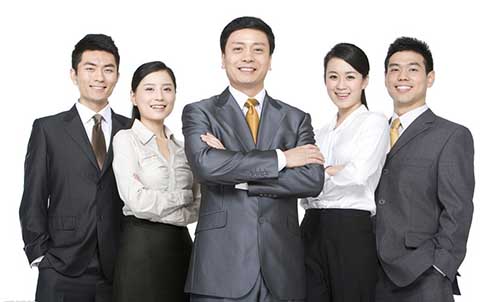 In business disputes, I have handled many cases, sue in the grassroots level courts, intermediate court、High Court、the railway courts, maritime court and so on.

In china, most of the dispute focus on quality and documents which unmatch to the contract. when the goods arrived, the cnee found the bad quailty. Until then, the cnee either sent the goods to the LAB for collect evident or deny accepting cargos. After sue the shipper to the chinese court, except the common loss, the expected profit and demurrages and return transport freight, it's a big number and hard to prove. Even u proved, the shipper will show his commodity inspection with CIQ seal. that prove the goods is qualified before the export declaration.

But, all of these is trick to me, I had ever been a CIQ delcarer so that i know every steps for got the commodity inspection, i am very clearly where could find the truth from CIQ. that's my field.

According to the GUIDELINES FOR REGULATING WOOD PACKAGING MATERIAL IN INTERNATIONAL TRADE and International Plant Protection Convention request, The Wooden package export from member state must be Heated or Fumigated with Methyl bromide. Otherwise, the GOV in destination has right to return goods，even more, incineration all influenced goods. For make up the damage, the importer sue exporter to the court, they found the partys in contract missed negotiated the package. So, could we sue the export in break agreemets cause?

3.Commercial Fraud Trade fraud (commercial fraud) is defined as any entry or importation effected by way of false acts, information, or omissions including false information, false descriptions or material omissions contained in entry documentation. Commercial fraud is subject to severe penalties that can be imposed by Customs, either on the basis of loss of revenue or on a percentage of the value of the shipment involved.

For me, because of the forwarder experience, know how does the chinese martime law rule, even in the contract you cannot find the agreement of package,but I can find the legal basis to win .

Bill of lading is not only the document of title, but also provide security to parties for financing. Discerning liability between carrier and shipper is the core nature of Maritime Transport law. Certainty, stability and responsibility all these good nature appeal to businessman and bank widely accept. But, For get more order, the forwarder flatter shipper by issue anti-dated or advanced bill of lading, the chinese supreme court has definited that is the commercial fraud. I will illustrate aggrieved party sue a proceeding for breach of contract is better than tort, since the burden of proof is slight and the theory of breach of contract is much complete. The position of forwarder here is carrier or agent. I know It's very clearly in western country, but in china, It's ambiguous.

There is practical and theory meanings on the discussion over the forwarder in china because whether it is determined as breach of contract, or tort, or concurrence of liability will result in different legal effects on the issues of evidence responsibility, time limitation, the determination of jurisdiction, law usage and so on.

AS a senior customs broker, i had ever declared all kinds of cargos.

Customs Law refers to the body of NPC statutes, The state Council regulations, customs decisions, criminal law、criminal litigation law and customs ruling letters, International Convention for Harmonized Commodity Description and Coding System, which work together to set the legal requirements for the importation of goods into the China.

Appropriate HS code : All the imported goods must be classified according to the HS code, The exact HS code will speed the procedure of customs clearance , and will determine ordinary or preferential duty rate .

Valuation of Goods: It's the key for customs clearance, declared value higher or cheaper will both arose the attention of customs officer, The preferred method of appraising merchandise is actual transaction value. The actual price include paid and payable. Frankly and honesty is a good personality when u declare to customs, otherwise, alternate valuation is go up on the stage. The worse, Anti-smuggling department pay attention on u.

Rules of Origin: Correct Country of Origin maked upon entry must be correctly, Special marks match to specific commodity. Country of Origin not equal to the Country of export. The degree of processing and materials from one or more than one decide Original obtained. Preferential rate or general rate according to the treaty of bilateral or multilateral that apply to admissibility、quota、procurement、special rules signed or not.